John, Marty and Tom – carrying on the legacy of fine craftsmanship in shoe and leather repair in the Rutland area almost 100 years.

The Lenoci story starts with with John who came to this country by himself as a 15 year-old. In his native Italy John was a cobbler, so it was a natural fit for him to take up his trade here, working in a shoe repair shop in Fair Haven. He later moved to Rutland and began working at the State Street Shoe Repair Shop and later at My Shoe Shop. John fought in World War I, having been given the choice of enlisting or being deported to Italy. In 1932, he bought the shop and renamed “Lenoci’s Shoe Service” originally located across from Busher Bakery, next to Butterfield Snackorama where the new court house now stands.

Marty was born in 1921 in Fair Haven and grew up working in the shop with his father, John. In 1941, Marty entered the U.S. Army as a medic and wanted to stay in and make it his career but his father wouldn’t allow it. After World War II, Marty returned to help with the family business, taking over at Lenoci’s in 1955. Eventually a chance meeting resulted in him marrying Nancy Falco. (Nancy had dropped some shoes off for repair in bad weather and Marty gave her a ride home and the rest is history!)

Marty and Nancy’s son Tom began working for his father in the 6th grade, walking to the shop after school to sweep floors, cut out patterns, and polish shoes. By age 12, young Tom had graduated to stitching shoes using an old foot treadle Singer machine and worked in the shop all the way through high school.

In 1995, Tom married Pam Biro, whom be met in Florida. In 1998 he came home to take over the shop from his dad just as his father Marty had taken the family business over from his father John.

Tom later teamed up with Dave Goodspeed in August of 2007, and in 2019  Lenoci’s was relocated to its current home at 106 Allen Street.

Through all three generations and almost 100 years of evolving and modernizing, the one thing that has remained the same is the Lenoci’s commitment to quality craftmanship and customer service.

Stop in today and see why BalanceWorks is your one stop shop for custom comfort for your feet.

Exclusive Offers. Right to your inbox.

Sign up for BalanceWorks Deals and receive special offers! 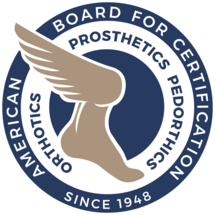